Greetings Bookworms!
Today’s Top Five Wednesday is centred around my favourite creatures from Science Fiction and Fantasy.
If you wanted to take part in these “Top Five” topics, you can follow THIS LINK to the Goodreads group. There are new topics posted every month, and they make for great blog posts and or YouTube subject matter!
This is going to be so hard, there are so many amazing creatures which have been made reality (Kind of) by imaginative folks and I’m not sure I really want to call these my top five, but they are definitely five creatures I think are pretty frickking awesome.
Let’s go!

The Niffler – Fantastic Beasts and Where to Find Them.

So this particular franchise is one which I love but also kind of hate in equal measure. One of the reasons I love it so much is because of the animals it showcases and in particular, The Niffler.
A Niffler is a small, fluffy creature which looks like some sort of cross between a mole and an echidna, it’s super cute and cuddly in appearance and has an insatiable need to get its little paws on as many shiny items as possible. It’s super cute and super mischievous. 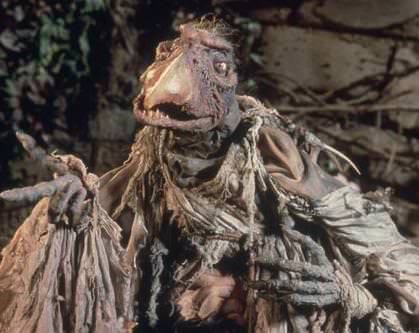 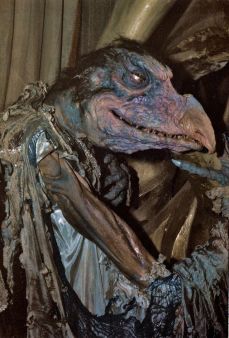 The Skeksis – The Dark Crystal.

So these weirdo bird-type reptilian vulture things used to full-on creep me out as a kid, but at the same time, I loved the concept and still do.
The Skeksis represented one side of a race which was split into two – originally they were the Urskeks who were split into two parts on the great conjunction, they were turned into the Skeksis who represented cruelty and selfishness and the Uuru (Mystics) which were peaceful and caring.
Skeksis are creepy bastards, but they are bloody awesome, that’s for sure.

The Red Bull is the secondary antagonist in the book and film, The Last Unicorn by Peter S. Beagle, he is a spirit of sorts who herds the unicorns into the sea in order to keep his master, King Haggard, happy.
I love The Red Bull and in a way, I almost felt sorry for him. I don’t know how Haggard captured him (if this is explained in any way I have forgotten) but I always get the sense that he was unhappy doing his job. Maybe I’m wrong, I don’t know. Anyway, he is cool and he gave me nightmares as a kid so bonus points there. 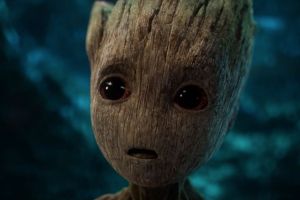 Groot – Guardians of the Galaxy.

Groot is a sentient tree-like being created by Marvel and featured in many graphic novels, however, he is most easily recognisable from Guardians of the Galaxy.
Also, he is famed as only being about to repeat the words “I am Groot” over and over again and in response to anything he is asked, Groot is actually incredibly articulate amongst his own people, and it is just other species who believe he is using the same phrase repeatedly.
I kind of think this concept is hilarious, and also a little sad. Imagine how frustrating it must be to be Groot? Seriously. Anyway, he’s an awesome character.

Lastly, I wanted to mention a creature which is used in many fantasy tales and that is the Goblin. In particular, the goblins from Labyrinth.
I absolutely love this film, not only does it have David Bowie in it which is an automatic win, but it also has an array of goblins, all of different shapes and sizes and all utterly unique. I love them and think the goblins as they are depicted in this film will always be the way I imagine goblin-folk when reading about them.

This was so hard, as I say – there are so many amazing creatures and these are just a few that I think are awesome – there’s also Balrogs, Occamy, Nazgul, Ewoks, Fizzgig, Thestrel, Dragons… the list goes on and on!
Let me know what your favourite fictional creatures are!

Feck! I missed of Porgs! HOW?! I FECKING LOVE THOSE WEIRD LITTLE FREAKS!

Published by Heather May Not